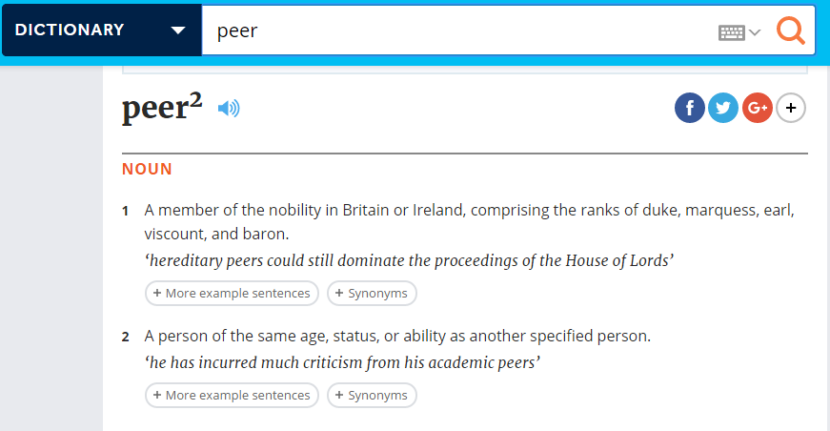 pir/
noun
noun: peer; plural noun: peers
2. a person of the same age, status, or ability as another specified person.
“he has incurred much criticism from his academic peers”
synonyms: equal, coequal, fellow, confrere; contemporary;
formal compeer “his academic peers”

In the EASA Opinion 14/2016 that amends the European legislation in the light of the findings of the Germanwings Task Force, a large focus is put on pilot support. While pilot support defines a rather large scope, during the discussions within the Task Force, as well as afterwards, the main focus has centred around Pilot “Peer” Support. EASA echoes this by introducing a number of amendments in the form of Implementing Rules, Acceptable Means of Compliance (AMC) and Guidance Material dealing with Peer Support.

By nature, the pilot profession shares some attributes with other professions such as medical doctors, surgeons  or lawyers. They all operate in a very peculiar environment, need to be decision-friendly and bear a clear legal as well as ethical responsibility and accountability that is not dischargeable to a 3rd person or entity.

By nature, the pilot profession shares some attributes with other professions such as medical doctors, surgeons  or lawyers.

As such, pilots usually are suspicious of a hierarchy whose authority does not stem from a similar professional experience and background as our own, (another trait we share with the medical profession, among others) while we are much more open to criticism or review from people who share our professional background, our “peers”.

Pilots have life experiences and stresses due to the peculiarities of their profession, such as shift work, extended periods away from home, burdens on family and friends as well as a sometimes limited social life. They are usually much more at ease discussing these issues with colleagues.

Peer Support takes advantage of this by offering the pilot a way to seek help without feeling unduly exposed to either the regulator or the company and the risk of losing their medical, licence and, by extension, their livelihood. Being able to approach a trusted peer with a personal issue (that might develop into a potential safety issue), knowing one will be guided towards any required help and assistance whilst being guaranteed the necessary confidentiality, will, for a lot of people, be a determining factor in getting help.

Peer Support takes advantage of this by offering the pilot a way to seek help without feeling unduly exposed to either the regulator or the company and the risk of losing their medical, licence and, by extension, their livelihood.

(there is ample experience of this from numerous “Anti-Skid” and “Project Wingman” programs, “Stiftung Mayday” and similar initiatives…)

Of course, for Peer Support to work, a number of prerequisites, such as adequate confidentiality and trust in the program, must be fulfilled. Regarding Peers, some basic principles need to be considered as well:

The biggest challenge in aviation safety today can be summarised as trying to come to grips with the inherent weaknesses of the human element while at the same time fostering its many talents.

As such, the concept of Peer Support, by focusing on the human, should be seen as a logical step in that direction because while Peer Support Programs do have a certain welfare and social aspect to them, they are essentially a Safety Management Tool.